Since it was St Patrick's Day and my Mom has some quirky food color issues, we had an interesting dinner. We had rainbow waffles. She found out about it over at Funky Polka Dot Giraffe . I just wanted some St Patrick's Day dog treats but NO......... Ha! So she mixed the waffle mix up and made them all colorful..... 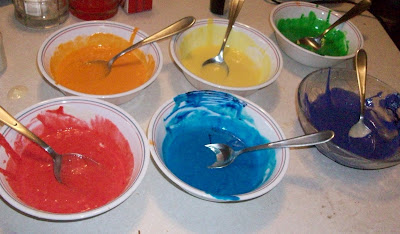 Put them in the waffle iron and wait fur it to do its Magic..... 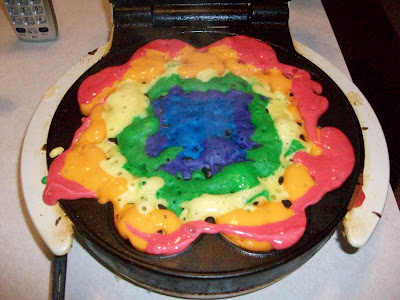 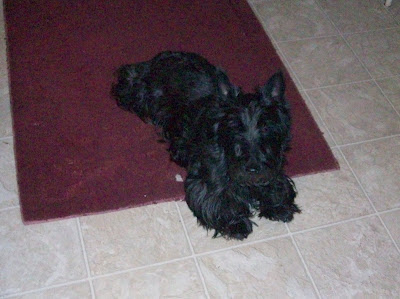 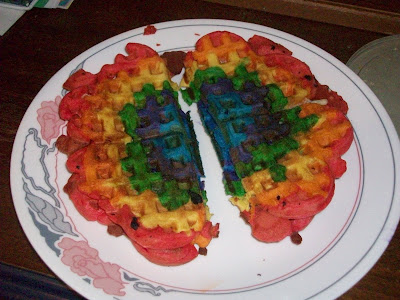 I must admit~~that they were just the best and better than the doggie treats, Hey!! you can have doggie treats any ole day, but how often does a Scottie get Rainbow Waffles BOL 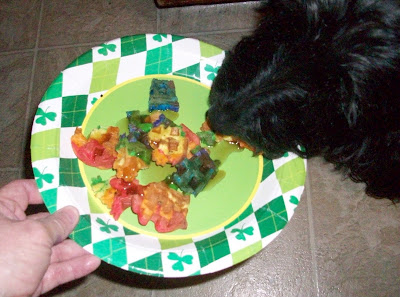