This isn't Addi but it very well could have been Addi!! BOL
Posted by Scooter at 9:37 PM 16 comments:

Me and Addi want to send our condolences to my Uncle Ed. I received a call tonight from Aunt Linda.

You probably all know my Uncle Ed. Well, last year, a cat found their house and he kept crying outside. Uncle Ed and Aunt Linda brought him in, feed him and Uncle Ed's workshop became his new home. He was a very beautiful cat and a very smart guy too and he found a spot in their hearts right away.
He just HAD to know everything that was going on so they name him Snoopy. Snoopy became the King of that workshop and he knew every nook and krany about it and he loved the workshop. When Uncle Ed was out there working, Snoopy was always there to watch. They would even get into each others faces and push foreheads against each other. Snoopy loved to play with the pencil and the screwdrivers. Snoopy wasn't much for cat toys but give him tools and he was a Happy Camper!! I guess you could call him a tool cat!! :-) 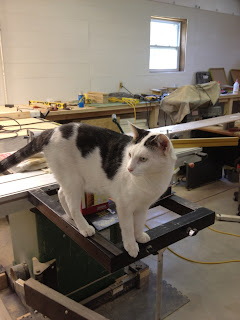 Outside the garage, Snoopy still wanted to be where ever Uncle Ed was. He loved riding on the tractor, he is saying Ok! Start her up and Lets roll!! 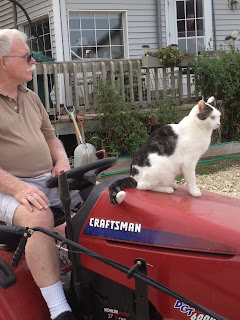 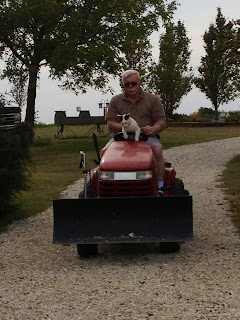 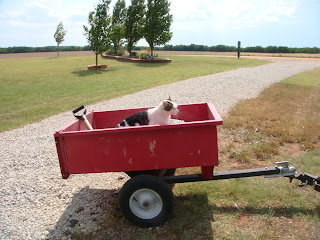 Snoopy had so much personalty and it was like he was part human. He loved working out on the farm too. Uncle Ed had dug a trench and Snoopy is saying: yep, its just the right size now how about a nice belly rub?? 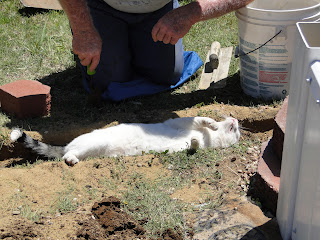 In the truck, Snoopy still monitored everything, from the front.... 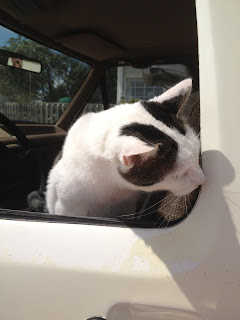 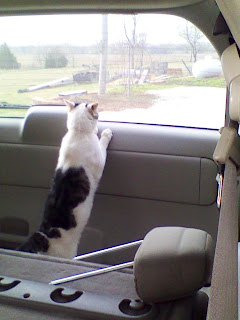 And I do think that if given the chance, Snoopy would have taken it for a spin BOL I seriously think that he is thinking about it!! 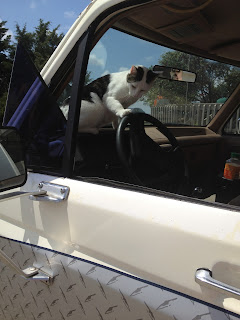 This past Christmas, Snoopy snoopervised putting up the reindeer in the yard and then he got on him like he wanted a ride on this reindeer!! 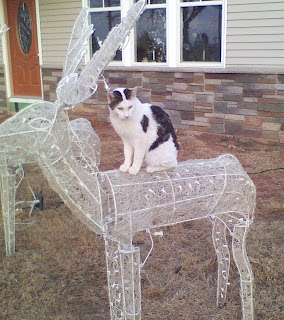 A few days ago, they noticed that Snoopy wasnt acting normal and he was lethargic and he kept bumping into stuff when he would walk. Today they took him to the vet and they found out that he has feline leukemia and he had just lost his eyesight too. The vet said that there was nothing that they could do for him. 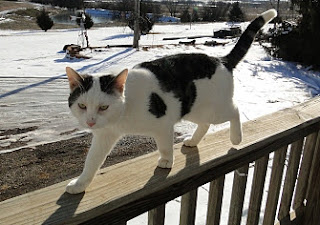 They think that whoever dropped him off probably knew that he was sick and didnt want to deal with it. We are just so glad that he found a great home out on the farm in Kansas for the time that he had left. Snoopy was such a special cat and he was Happy and he loved his new family as they loved him too. They have never seen a cat that seemed so human like but yet was a cat. He just loved being around Uncle Ed and Aunt Linda. I was glad that he was there to watch over my Uncle Ed. He has a special spot in their hearts and they are pretty sad right now. Snoopy, you will NEVER be forgotten and we will all miss you!!
Run Free Snoopy!!!
Feel free to leave your condolences for Uncle Ed and his family.
Posted by Scooter at 12:57 AM 34 comments:

Hello, Happy St Paddy's day to you all.....We both have our green on although it was a chore to get Dog-zilla to wear hers. She did go along with it after Mom threatened her with NO food today BOL J/K!! 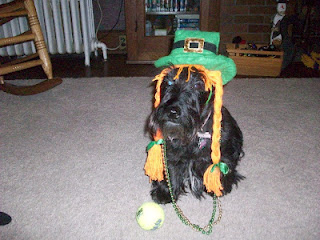 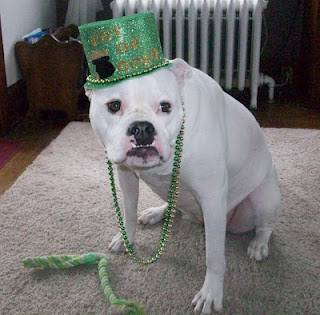 Have a Great and Green day!!! Did I hear that there are Green tacos comin...today???

Me and Addi are not very good at poems or singin...and mushy stuffs, so we will just say:
What do we appreciate bout you both?
Well....we appreciate first of all , just how cute you are,
Your funny humor,
Your sense of adventure, (running from the cops)
Your spunkiness,
Your love for life,
Your taking care of your sissy's
Your adorable expressions,
Your friendliness,
The laughter that you give us,
The smiles that you put on our faces,
And your loves for gettting in and outta trouble!!

Me and Addi are so glad that you are our friends. Both of you are very special to us and we enjoy reading about each of you and loved your tour. It was very exciting!!

And BTW Puddles, Addi would like her cushions back BOL!!! 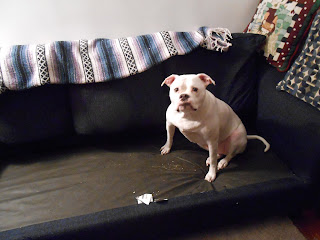 This is your day today so have a great one Pip and Puddles!!
Posted by Scooter at 1:21 AM 17 comments:
Newer Posts Older Posts Home
Subscribe to: Posts (Atom)