Took us all of about 6 1/2 hrs to get there. It rained about 3/4 of the time and my mom isn't a fan of driving in the rain but we made it safe and sound. I had met Stanley and Murphy at my house and when we got to the Red Roof Inn..I met Dory and Arty. That went pretty well.
Later on Casey and Jessie arrived at the hotel. 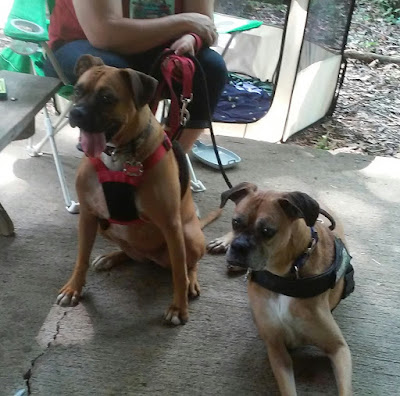 Mom doesn't know what happened but guess that I felt like a BIG dog in a little body so...I decided to take these 2 boxers on with my Scottie-tude!!I started with Jessie and  I said.."Bring it"!!
Know what she did?
She brought it!!
Pretty soon...Casey was protecting Jessie and before long there was gnashing of teeth...major growling...and biting going on!! None of us were backing down!!
I was getting scolded and their mom took them on a long walkie!!
Frankly...They intimated me just a tad but....Dont tell them that Ok?
I learned NOT to mess with the boxers anymore. The next day at the park was perfect...We actually all 3 got along. From then on..I mingled like a good boy and made some great friends. 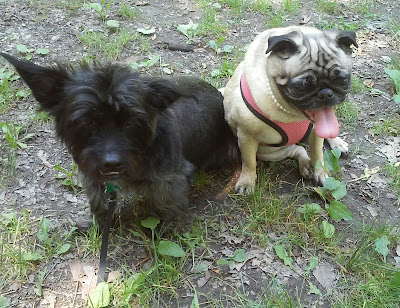 NO way!! I wasnt gonna mess with Zaphod!! just a good Hi-ya!! 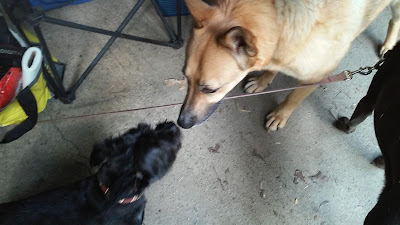 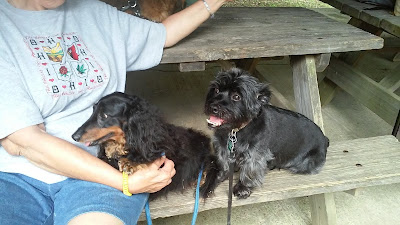 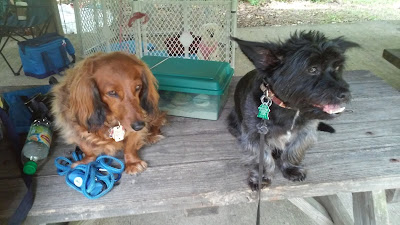 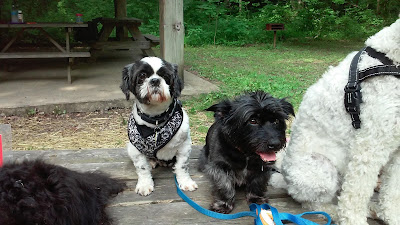 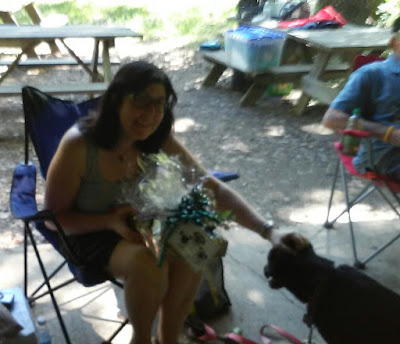 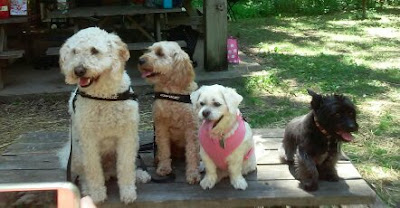 It was a fun with making new friends. Casey and Jessie and I did get along the rest of the time. For the people that met me at the BAR probably would never imagine that I would have taken on 2 boxers but Yah...I did!!! Crazy huh??

We had the Memorial ceremony which YaYa did wonderful on. It was nice to remember those that passed on and cute and funny things about them. It was very special. YaYa also did the friendship ceremony with all the friends that couldn't be there but were there via picture. I know you all saw the videos of them on the facebook page.
It was funny cuz we would all be chillin and when anyone would walk by the trail, all it took was one dog to see them, bark and then suddenly there was a choir of dogs all barking. We didn't know what we were barking at...just joining in. They would hear us all barking and they went the other way!!! BOL Guess we showed them. Mom just laughed every time that it happened.
Guess we all had Doggie-tude!!
Posted by Oreo at 10:12 PM