My (Addi) side of the story

I know that Jazzi told ya all about our BIG fight. Well...she has this exaggeration issue. Here's how it really went. The water bowl that we both share is to the left of her food bowl, (She forgot to mention that part) anyways I had just gotten a drink and was sitting there listening to the peeps chit chat, ya know how that can be? 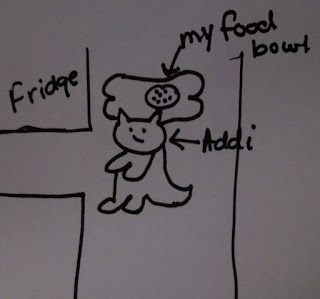 Along comes Miss bossy and she stops and gives me one of those goofy looks that she likes to throw around. What, like I am posta be scared!!! I told her to chill a minute and that I would get outta her way, remember the peeps were both right there and there wasn't much room. 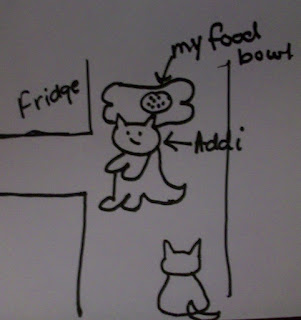 When all of a sudden, she just bullied her way in and she attacked me!! So began the fight began. I wasn't gonna let some bully Scottie run ruff shot over me so there was lots of serious biting and growling going on and we were rolling around on the ground. 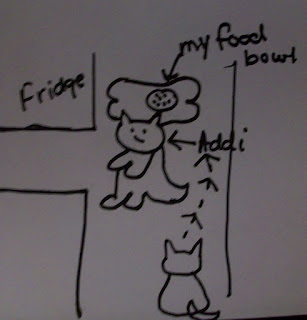 I could have taken her easily but being the nice sister I didnt. Since she is shorter, she scratched me under neath, I am sorry but private parts area should be off limits ya know?? It did take both of them to pull us apart and when they did, I was still making my points to Miss Bossy. You don't realize how hard it is to live with Miss bossy pants.....Geezzz...the things I have to tolerate!! 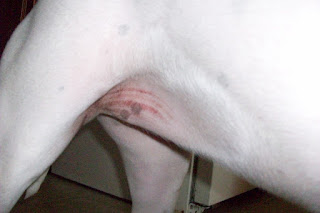 Once we got out of our confinement, we played ok together the rest of the day but....we did keep an eye on each other!! I HAD to make sure that she wasn't gonna try and take my bone from me!! I could see her eye-ing it, do you see it too?