Another guy in the family

Cousin Piper also has a new guy at her house. No baby... But it's a rabbit ahhhh 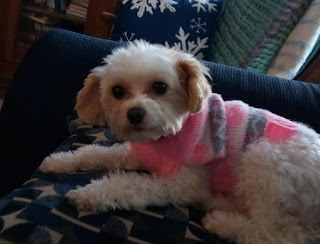 This grand peep Bailey got the rabbit. His name is Felix and he's 5 yrs old. He's all potty trained and he can run around the house. 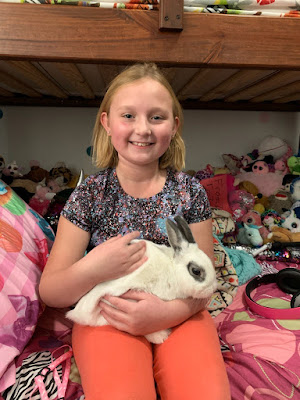 At first Piper didn't know what to think about Felix. They get along now. 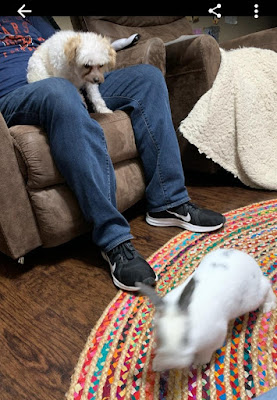 Felix only likes to play on the rugs. He hates wood floors and he hates the outdoors. 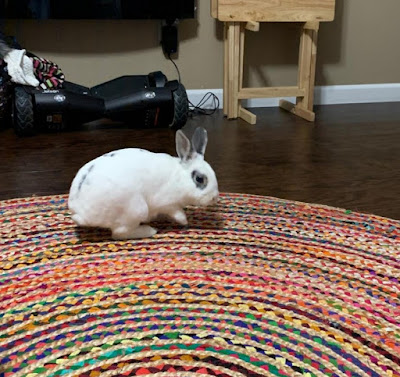 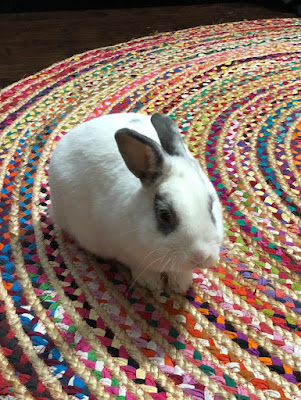 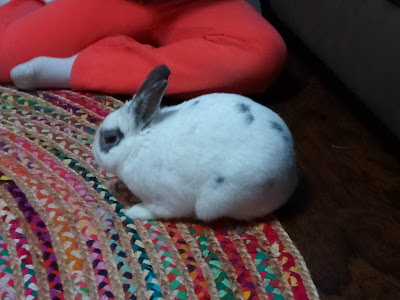 Since Felix doesn't like hardwood floors they had to put blankets down. Now they have a rug runner for the hallway. 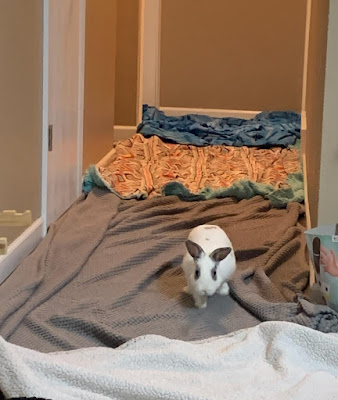  This is Felix's cage. Felix goes potty in He the blue bin. He can go in and out as he wants except when they are gone. He does like to chew chords. 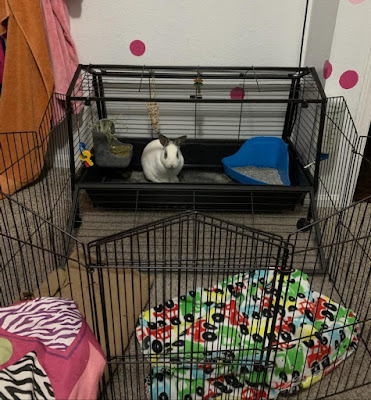 Bailey likes to play with Felix and she sits and reads to him. Mom days he listens but I'm not sure. Unfortunately I've not met this Felix. Something about the fact that I would chase him around and scare the bezeebies out of him bol 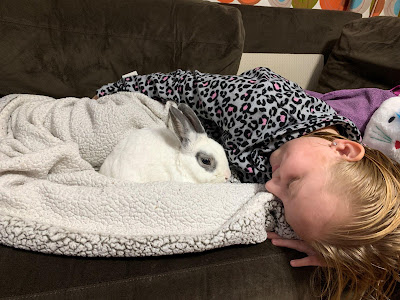